Breaking News
Acasă Extern What happens in Germany matters. Not only for the country but for Europe 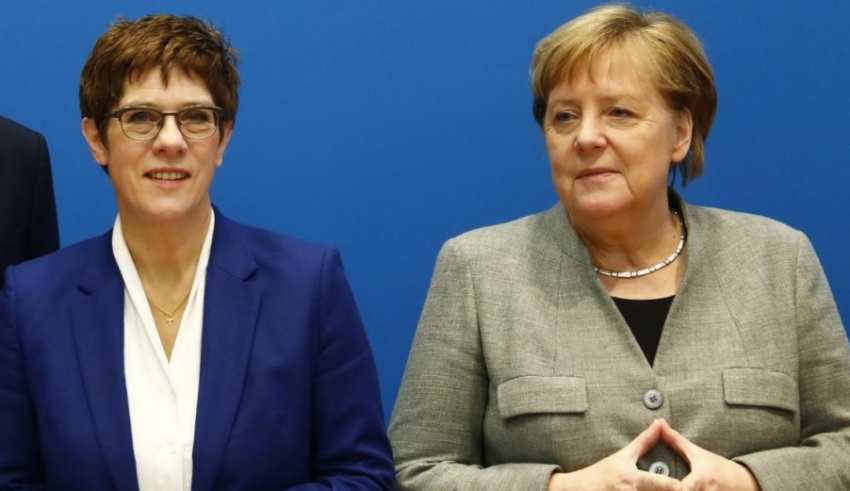 The far-right is creating a serious leadership crisis for Germany and the rest of Europe. The next CDU leader will need strategy, stamina, and charisma to stop the rise of the AfD.

It’s not just because Germany is the European Union’s largest and most successful economy. It’s not just because Angela Merkel, as German Chancellor since 2005, had become a symbol of stability during the euro crisis, Russia’s invasion of eastern Ukraine in 2014, and the decision by Britain to quit the EU.

It’s because of how Germany has dealt with its past after World War II.

It is that past that on February 10, 2020, led to the resignation of Annegret Kramp-Karrenbauer as leader of the governing Christian Democratic Union (CDU) party. As Merkel’s designated successor, the resignation of AKK, as she is known, is a triple blow.

It’s a blow to AKK’s own credibility as a leader, a blow to Merkel’s credibility in grooming her, and a blow to the CDU over how it deals with the ever-growing popularity of the far-right, anti-immigration, and anti-Semitic Alternative for Germany (AfD). Officially, the CDU has banned any cooperation with that party.

Support for the AfD has swelled in parts of eastern Germany. Its power was shown last week, on February 5, when CDU deputies in the eastern state of Thuringia joined forces with the AfD to elect a regional premier after the October 2019 election. This was despite the fact that the Left, a far-left party that won the most seats in the election, the Social Democratic Party (SPD), and the Greens had finally agreed with a coalition to keep the AfD, who came in second, at bay.

That coalition was blown apart unexpectedly just when the incumbent and Left leader, Bodo Ramelow, was to be reelected as state premier. Instead, the regional CDU and AfD deputies together voted for a Free Democrat, Thomas Kemmerich.

What happened in Erfurt, Thuringia’s regional capital was also about a post-1945 taboo being broken—cooperating with the far-right has been a political no-go in Germany.

As a phenomenon, the CDU, but also its Social Democratic coalition partners, have been unable to erode the growing support for the AfD. The opposition Free Democratic Party (FDP), led by Christian Lindner, is in no better shape either. It has pandered to the AfD on immigration as Lindner has moved the party increasingly to the right. His criticism of what took place in Erfurt was mooted as if Kemmerich’s election wasn’t such a bombshell. AKK knew it was. So did Merkel. It has rattled German politics.

This matters for Europe

In recent months, Merkel’s Germany has been criticized for not providing international leadership. It’s hard to know what kind of Europe Merkel wants in terms of economic and political integration. And AKK, as defense minister—a role she will for the moment retain—has had to fend off criticism that Germany fails to meet the NATO commitment to spend 2 percent of GDP on defense. Not that the current spending of about €47 billion a year—1.36 percent of GDP—is peanuts.

And then there’s the miserable lack of leadership in the SPD. It is now led by a duo that hasn’t the slightest chance of raising the party’s profile. The Left and especially the Greens are holding their own. But such popularity is not enough to see off the AfD.

The events in Thuringia matter for Europe

First, Germany’s post-1945 leadership has been about trying to deal with the past and its sense of responsibility. Merkel’s open-door policy of 2015, in which over 1 million refugees were given shelter in Germany, was built on those premises. Germany provided an example of how to deal with a difficult past. But the policy toward the refugees was exploited by the AfD for nationalist and xenophobic reasons.

Second, the glaring leadership gap in Germany comes at a time when the EU needs strong leaders to deal with a plethora of problems, not least the immense strains in the transatlantic relationship and the growing global role of China. In a bid to buy time before next year’s federal election, the CDU wants to spend the coming months finding a new leader, leaving in the ensuing period a vacuum in Europe.

In the meantime, Thuringians may have to hold another election. The federal coalition issued a statement saying that the election of Thuringia’s state premier with votes from the AfD was “unforgivable.” A new premier, it added, had to be elected right away.

As if the AfD is going to disappear with a new poll. The huge issue facing the CDU is about to deal with democratically elected parties whose very policies challenge Germany’s post-war consensus.