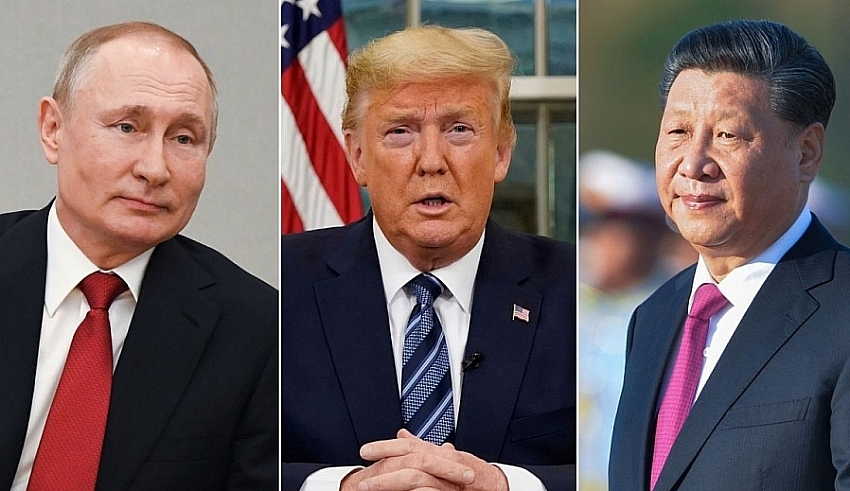 Today, every major power seems guided by a traditional realist approach to power politics that emphasizes competition over cooperation, and sees outcomes in starkly zero-sum terms.

In the face of increased, sustained transnational challenges, it seemed that major powers would be inclined to pursue cooperation, rather than competition, to meet shared threats like terrorism. Moreover, the international order that emerged as a result of globalization could not be maintained solely by the hegemonic power of one state; it would have to meet the concrete interests of other key stakeholders.

When it became apparent early this year that the novel coronavirus was not a localized and containable threat, but a global menace, there were immediate comparisons with the aftermath of 9/11, as well as the greatest challenges of the 20th century. The 9/11 attacks had severely disrupted the U.S. economy and international supply chains, sending shock waves around the world. For a brief moment, the United States, its NATO allies and its partners in East Asia, as well as Iran, Russia, China, India and Saudi Arabia, were all on the same page. Rather than intimidating the U.S. into withdrawing from the Middle East, bin Laden’s actions had unexpectedly—if temporarily—reduced competition between major powers, motivating them instead to refocus on a new central organizing principle: preventing the anarchy and chaos that could be unleashed by international terrorism.

In a blog post, Bill Gates explicitly referred to the fight against COVID-19 as a “world war” that would bring all the nations of the world together in common cause.

Many also expected the G-20 to reprise its coordinating role. At the group’s virtual summit in March, Putin, himself facing pressure from various Western sanctions, called for a suspension of all such punitive measures in order to facilitate a joint response to the pandemic. This request may have fallen on receptive ears in the months after 9/11, or during the 2008 economic crisis, but not in 2020.

Today, every major power seems guided by a traditional realist approach to power politics that emphasizes competition over cooperation, and sees outcomes in starkly zero-sum terms. China has been offering loans and aid to countries amid the pandemic, seeing in the crisis a chance to, as U.S. national security adviser Robert O’Brien put it, “displace the United States as the leading global power.”

American foreign policy strategists have also adopted an opportunistic view. The International Republican Institute, for example, recommended in The American Interest that the U.S. seize this chance to “bend the post-pandemic world’s democratic trajectory sharply upward,” countering authoritarianism’s growth by “implement[ing] a grand national strategy focused on winning the competition for political systems.”

By June, COVID-19 was estimated to have caused $3.5 trillion in lost economic value, and the International Monetary Fund had projected that it would lead the global economy to contract by nearly 5 percent in 2020.

The World Health Organization’s director-general, Tedros Adhanom Ghebreyesus, has warned that this pandemic “is still accelerating” and “its effects will be felt for decades to come.”

The machinations of great and middle powers have chosen to use this situation to expand their influence and improve their own position. The pandemic has turned out to be an accelerant of international competition, not cooperation.

Coverage of the pandemic has understandably crowded out other headlines lately. But if you focus on just the non-COVID-19 news of the past several months, they are a chronicle of heightening international tension:

Why is this happening?

Why have major powers chosen the path of competition, even when faced with a global challenge like a pandemic? The answer lies in part in the fateful convergence between trends in domestic politics and shifts in the international system.

Governments and leaders responded to 9/11 by embracing cooperation and mutual assistance because of a belief that globalization enhanced their national interests, and that a credible threat to the integrity of the international system would negatively impact their own position. But over the past two decades, that assumption has been challenged. Especially since Britain’s vote to leave the European Union in 2016, and the election of Donald Trump as U.S. president months later, interdependence and connectivity have instead been cast by many as vulnerabilities, not strengths. That view has taken even deeper root during the pandemic, with many coming to see the rapid spread of COVID-19 as a direct result of globalization.

COVID-19 has amplified preexisting rivalries because both leaders and their citizens have decided that trusting in an amorphous ‘international community’ to guarantee national security and prosperity is a risky proposition. This is what is calls “great-power populism.”

The rivalries are fueled by distrust in an amorphous international community, and these rivalries become more acute when populism gets into the mixture. Great-power populism is reforming or revolutionizing the international system with the emphasis on zero-sum, and not really trying to cooperate on any issues, but trying to maximize benefits for there regime, there country, there system or there government.

The most G-20 members today either have governments that explicitly endorse elements of great-power populism—including the U.S., China and Russia, but also Brazil, Turkey, India, Mexico and the U.K.—or have governments that must accommodate these tendencies within their domestic body politics, such as in Japan, Italy, France and Germany. The coronavirus has unmasked “notions of fraternity, mutual commitment, and solidarity as hollow rhetorical slogans. Instead, each government is focused entirely on its own efforts to survive economically, socially, and politically as the pandemic continues to wreak havoc.

This view has profound strategic implications. It means that there are countries that, no matter their public statements to the contrary, tend to believe that they will absorb the damage of the pandemic and recover faster and quicker than others; that the pandemic will weaken their rivals and may even bring them down; and that they can take advantage of the chaos and confusion to change the proverbial facts on the ground and improve their geopolitical and geoeconomic positioning.

The Atlantic Council recently sketched out three broad scenarios for a post-COVID-19 world, two of which predict an emerging period of conflict and competition.

The coronavirus hasn’t led to greater international cooperation, and it hasn’t created pathways for de-escalation, as some had hoped. At best, when COVID-19 will be brought under control, all of the world’s preexisting conflicts will still be there, all of them unresolved.