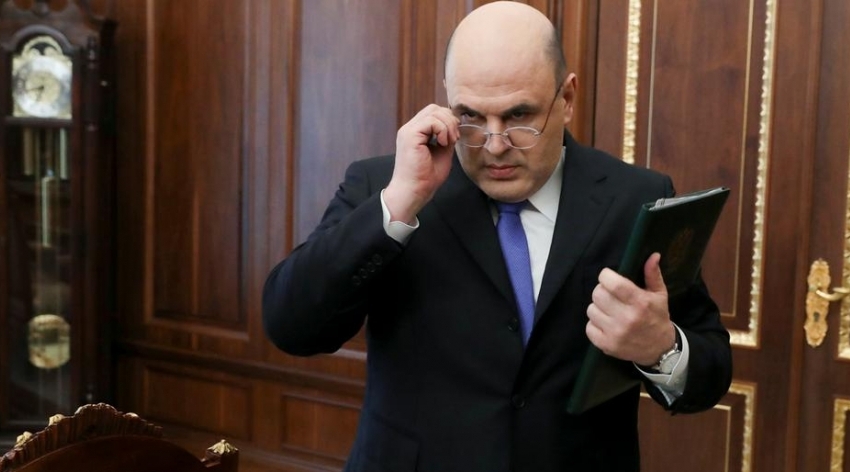 Mikhail Mishustin is replacing Dmitry Medvedev as prime minister of Russia after nearly a decade as director of the Federal Tax Service (FNS). Russians can expect a shift in emphasis from taxation to the allocation of funds as Mishustin draws on his management skills to make government spending as orderly and transparent as taxation became under his leadership.

Mishustin’s appointment took many Russian commentators by surprise, coming as it did amid a flurry of other news. Yet it is difficult to criticize the move. For although ordinary Russians and businesses alike object to the growing tax burden (VAT was increased at the beginning of last year), they no longer dread interacting with Russia’s tax service, a change that reflects well on Mishustin’s record as its head from 2010 to 2020.

After Mishustin took over at the FNS, growth in tax revenues began outpacing inflation. Until the 2 percent VAT rate increase to 20 percent on January 1, 2019, that growth was driven by technological advances, improved tax administration, and the full application of civil and criminal law.

Under Mishustin, the FNS invested heavily in new equipment and information systems created with the help of global leaders and coerced Russian businesses into replacing their obsolete equipment, with the result that tax officers can now track chain transactions and, with the introduction of online receipts, even the smallest of transactions. Creating the image of an omniscient tax officer has done more to improve tax compliance in Russia than any prosecution of tax dodgers ever did.

The tax service has known nothing but success in recent years, with tax revenues growing on average by 17 percent a year in real terms in 2017–2019 and nominal VAT revenues increasing by 17 percent in 2019, partly due to the 2 percentage point increase in the base tax rate and slightly higher inflation.

This growth will most likely continue in the coming years. Mandatory labeling of goods and monitoring of individuals’ transactions will increase compliance with other taxes, too, both federal and regional.

FNS’s success has contributed to the slowing of economic growth. As Mishustin has admitted, it is not ideal for tax revenues to grow thirty-three times faster than GDP. In a fall interview with Vedomosti newspaper, he unenthusiastically said of the VAT increase that it was good for the budget, but bad for business.

The idea of rewarding the FNS for its success while tempering its enthusiasm has been raised more than once, but it would look odd to reverse the VAT increase, and reforming personal income tax would take time. The FNS’s excesses may yet be partly offset this year with allowances and payments amounting to 0.4–0.6 percent of GDP, as proposed by the president in his January address, as well as the accelerated realization (really just a return to the government’s original plans) of the national projects, a broad road map for Russia’s strategic development.

Mishustin’s promotion to prime minister raises two questions: will the FNS toughen its approach to tax collection, and how will the new prime minister apply his management skills? Mishustin’s speech and his address to the Duma give a general sense of the answers to these questions.

It seems that in the view of the country’s leadership, taxation has been made sufficiently orderly and transparent. Now it is time to do the same with government spending, from public benefits to national projects.

The Accounts Chamber regularly criticizes the government and ministries for a lack of organization and coordination, and it is on this that Mishustin is likely to focus, along with helping the poor. The public benefits system remains extremely fragmented and outdated, and requires a thorough overhaul. Unification of the system, a greater reliance on technology, and the simplification of the system for its users are all likely to feature prominently on Mishustin’s agenda in the coming years. Also necessary is the creation of a total revenue accounting system with which to determine precisely who is truly in need of government support.

The optimization and targeted allocation of spending, rather than an increase in the collection of taxes, is the main aim of the announced system for monitoring household incomes, hence the decision to not raise personal income tax rates for now. The government may return to this issue in several years, say, in the event that it has difficulty financing a new social program, or if technology allows it to identify tax dodgers with greater accuracy. The tax bodies would then have no particular reason to keep the country’s flat tax rate in place.

The public is unlikely to believe in the good intentions of the government or to expect anything good of it. Those who fear the FNS will continue to do so, and false stories about bank transfers made online or via cellphones becoming subject to taxation will continue to circulate online.

At the same time, ordinary Russians will happily continue to make use of the advantages of the government’s tight monitoring of earnings and expenses. They appreciate the ease with which they can prove their income to qualify for mortgages; the semi-automatic reminders of possible deductions during the taxable period; and the ready access to a list of benefits, allowances, and subsidies for which they are eligible, information for which they would previously have had to search far and wide. For these functions to work, Big Brother must know everything.