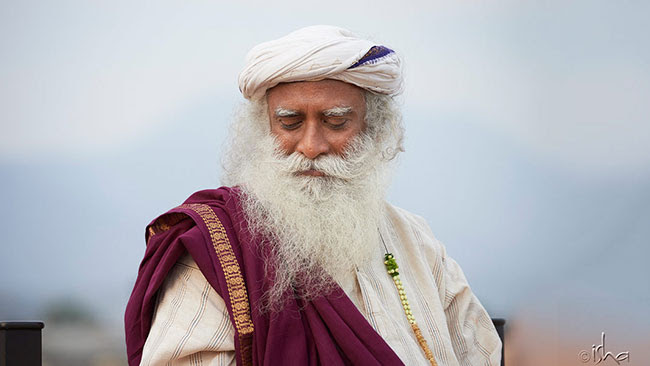 On the occasion of the International Women’s Day, Sadhguru shares his view on the present situation of women in society, as well as his vision on women empowerment, both for the individual and humanity as a whole. He says, “Establishing an equal balance between the masculine and the feminine within you is the only way to intellectually and experientially know deeper dimensions of life.”

All physical manifestations can only happen between polarities – positive–negative, masculine–feminine, Shiva–Shakti, man–woman. The moment we create a divide between the polarities, judgments about perceived superiority and inferiority between the two arise. Out of these judgments, many layers of confusion, ugliness, and exploitation have occurred. Male and female are just manifestations of either the masculine or the feminine being present in an enhanced way. The fact that you are sitting here as a woman does not mean that your father does not exist within you, and the same applies to men and their mothers, of course. If you recognize this truth and nurture both the masculine and the feminine within you so that they are on an even keel, you will be a balanced human being. If you only nurture the masculine, the crassness of machismo will find expression. If you only nurture the feminine, an excessive sense of decorativeness and emotion will find expression.

In many ways, a woman is like the flower of human species.

In many ways, a woman is like the flower of human species. Without the root, there is no plant, but without the flower, there is no fulfillment in life. We need to create a society where the feminine aspects of life – music, art, aesthetics – are as important as economics, science, and technology. In this day and age, women are desperately trying to be like men, because being like a man defines one’s success. If we want our lives to be beautiful, the feminine has to find its rightful place in society. We must understand that the useful and the beautiful are equally essential. If we think only in terms of what is useful and what is not, we have to get rid of all the flowers and grow only vegetables. If there is no aesthetic and beauty to our life, life will be useless.

Traditionally, Indian culture used to consider the feminine as important as the masculine if not more. Only because of repeated invasions, the situation in the society has changed over the centuries. The first thing that invaders laid their hands upon was your wife and your daughter. So we started confining them to the house, for safety reasons. What was done for safety became a standard practice after some time. Now that India is a free nation, it is time for us to relook at that. This does not mean we should imitate the West in either making women as masculine as we can, or making them like Barbie dolls. Unfortunately, frivolousness and fancifulness are deemed feminine. There is no profoundness, no deep-rooted beauty in this.

The feminine will truly be empowered only if the whole of humanity is empowered by balance.

Having the masculine and the feminine in equal proportions in the society is of utmost importance. A root or a plant that cannot flower naturally becomes depressed. If the feminine does not find expression, it will lead to depression. An absolutely masculine mind becomes dark, morbid, and depressed. This is what you see in the world today, particularly in the West, but it is beginning to happen in India too – a high prevalence of depression. If the feminine is on in you, it finds a way to make something beautiful out of little things. By contrast, if you have exterminated the feminine in you, everything seems perfect on the outside, but it won’t work for you.

The culture of constantly wanting to be efficient, competitive, and better than others makes society increasingly masculine. As society becomes more and more masculine, economic prosperity will happen, but human beings will only be tools to the economic process, rather than the economic process being a tool for human wellbeing. Today, the economic engine drives on the fuel of humanity, and our education systems are structured to make our children into cogs who are supposed to fit into the machine. In that sense, from the time they are born till they go to the grave, people are only striving to survive a little better. Our societies are becoming super masculine.

It is time to turn this around. As everywhere, economy is becoming the main factor in people’s lives, it is very important that the women of the world participate in this process to create a gentler economy. Today, our economic activities are causing much more damage to the planet and to all life than wars. It is time to soften this excessively masculine approach. In business leadership, in the boardrooms of the world, we need women who have something feminine alive in them, rather than trying to act more masculine than men. And we need men who are not ashamed of being feminine when necessary. This balance has to be brought forth in society. Only in this balance, there is empowerment. We will pay a huge price for making the masculine superior to the feminine (or vice versa). Only a sense of balance within ourselves will bring wellbeing to our lives. In order for that to happen, our identity has to rise beyond our physical structure. On a day-to-day basis, where is the necessity to constantly look at people in terms of who is a man and who a woman? To be identified with reproductive organs is a very basic way to exist.

If the feminine does not find expression, it will lead to depression.

Spiritual process means experientially moving to a dimension beyond your physical structure. If your experience of life transcends your physical nature, what does it matter whether you are a man or woman? In certain aspects of life, we may need to be a man or a woman. Beyond that, it is not necessary to carry this gender identity every moment of our life. Because there has been a certain amount of exploitation, we are trying to overplay gender identity, which will not lead to the wellbeing of women. We need to create a society where as long as you are doing what is required, we should not care whether you are a man or a woman. If you are too concerned about who is who, you inevitably judge people as superior or inferior. Different people draw different conclusions, which leads to bias and divide. If we don’t function as one with all life on the planet, at least we should function as one species. Looking up to something, looking down on something is the nature of a very rudimentary intelligence. Most of the prejudices and judgments that people have are taught to them in so many different ways. There is no need to look up to anything, nor to look down on anything.

You know the story where Adiyogi, the Shiva includes Parvati as a part of himself and becomes half-man, half-woman – Ardhanarishvara. He is considered the ultimate man as one half of him is a woman. This is to remind you of the nature of your existence. Just because you have a male body does not mean the feminine in you has to be killed, and vice versa. Establishing an equal balance between the masculine and the feminine within you is the only way to intellectually and experientially know deeper dimensions of life. This principle of polarities also reflects in one of the basic forms of yoga – Hatha Yoga. Ha means sun, Tha means moon. Hatha Yoga is about working the geometry of the body in such a way that there is balance between the solar and the lunar dimensions of your existence so that you get the best of them. A skewed expression of either the masculine or the feminine has ugly consequences.