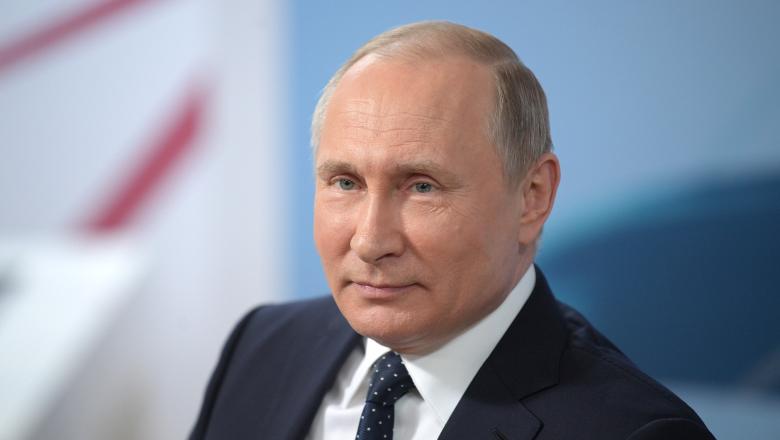 Putin’s proposed amendments to various roles amount to something resembling an insurance policy, which suggests that the president has already decided who his successor will be, though he may not name that person for another three years.

President Vladimir Putin’s state of the nation address on January 15 made it quite clear that he will step down from the presidency in 2024—or earlier—as the Russian constitution requires, but only after he has put in place a system enabling him to influence his successor. This means a return to a tandemocracy like that seen in 2008–2012 when Putin stood down and served as prime minister under Dmitry Medvedev to adhere to the constitutional ban on more than two consecutive presidential terms.

The major constitutional reforms put forward by Putin involve all branches of power and their system of interaction. The changes are designed not so much to strengthen his own position after he steps down as president, but to create mechanisms for resolving differences with the future president, should they arise. They are not, however, designed to neutralize any future leader: Putin was keen to emphasize that the head of state would remain commander in chief of the country’s armed forces.

The adjustments to various roles—and to the authority that comes with those roles—resemble an insurance policy against abuse of power, which suggests that Putin has already decided who will be his successor. For example, Putin’s proposal to bar future presidents from serving more than two six-year terms will ensure a regular rotation at the top of the pile, making future leaders more dependent on the elite and limiting any potential authoritarian tendencies.

The State Council will become an inter-institutional platform

Under the new system envisaged by Putin, the State Council, a presidential advisory body, will have its power enshrined in the constitution. It’s not yet clear precisely what powers it will receive, but they could include the right to introduce legislative initiatives and to take part in appointing regional governors.

The State Council was set up in 2000 to compensate regional governors for their removal from the Federation Council, the upper chamber of the Russian parliament. Putin was at that time waging war on the autonomy of the governors, many of whom had made an enemy of him during the December 1999 State Duma election campaign, shortly before his appointment as acting president.

For most of its existence, the State Council has essentially lain dormant. From time to time, a socioeconomic policy was discussed within it, but its main function was to provide an opportunity for governors to sit down with the president and take part in presidential projects.

A status boost for the council is unlikely to result in bigger roles for governors. It’s more likely to lead to the State Council becoming an inter-institutional platform for the discussion of key strategic decisions. Today, the council’s work is overseen by the presidential administration, effectively making it subordinate to First Deputy Chief of Staff Sergei Kiriyenko’s team.

Currently, the head of the State Council is the president. It would be logical to assume that in the future, the posts would be separated, which would create a convenient way for Putin to remain within the system of power once he leaves the presidency.

The advantage of the State Council is that its work brings together all the main institutions of power: the presidential administration, the government and ministers, governors, the leadership of the ruling United Russia party, and even the heads of state corporations and banks. Recently, the State Council has been becoming an increasingly important place for dialogue between various institutions, even without constitutional status.

Just how much power the State Council will wield in the future is one of the biggest questions arising from Putin’s plans for constitutional reform. Most probably, its authority will be directly proportionate to Putin’s concern that the next president could break free of his control.

Following Putin’s address, Prime Minister Dmitry Medvedev and his government resigned in another unexpected development. Medvedev was swiftly given a new job as deputy chairman of the Security Council (the role of chairman should not be confused with that of the council secretary, a post held by former FSB director Nikolai Patrushev). Since the president is the chair of the Security Council, appointing Medvedev the deputy chair—a new position created just for him—means that the former prime minister gets a prestigious status (he is, after all, a former president too) without having much real power.

What was Putin’s goal of getting rid of Medvedev?

First, he has cleared the board ready to promote a possible successor, though he may not name that successor for another three years. Second, Medvedev had become a toxic figure, both for the public and the political elite. There was much disappointment when he was reappointed prime minister at the start of Putin’s current presidential term in May 2018.

Right now, Putin needs the most favorable conditions for the transition of power, and that means minimal resistance from those around him. He needs a consolidated elite and the support of the public, and that required him to finally part ways with his long-term ally. Some people still believe that Medvedev is among Putin’s potential successors, but this seems highly questionable.

With the events of last week, Russia has entered a period of major transition much earlier than expected. It has long been known that Putin likes to employ a special operations approach to implementing important decisions: lightning-fast, with a few people, informed as possible, and often at the last minute. This means that we may soon learn other important details of the transition.

For years, Putin has focused on foreign policy and largely ignored domestic policy. Now it seems he has returned to the fray in order to secure his own future.