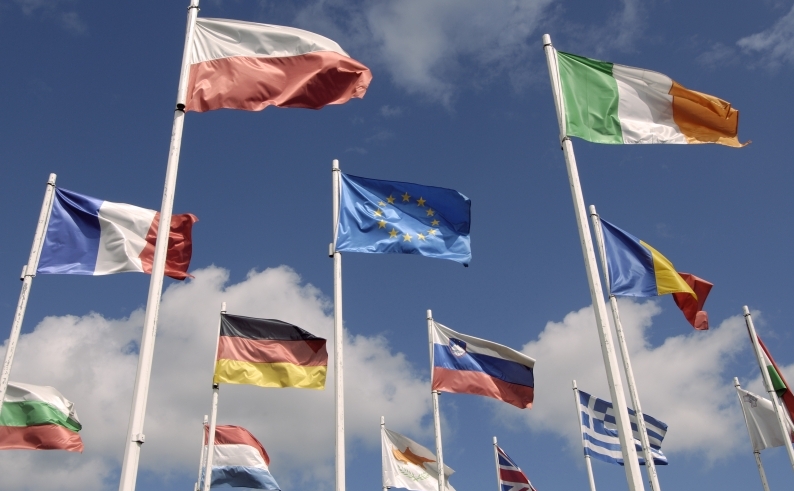 The ideological movements roiling politics throughout Europe and the United States have been seen as a popular backlash against the elite technocratic policy consensus of Third Way globalization. In some ways, they portend a new form of contesting politics that is fundamentally incompatible with the premises on which liberal democracy is based.

These movements may be working within the system to achieve their aims for now, but in the long run, the battles they seek to join could represent existential threats to the system itself.

Can the norms and institutions of liberal democracy still effectively arbitrate the issues driving debate in Western democracies?

The tenets of liberal democracy are anchored by a quasi-religious commitment to political pluralism—the peaceful coexistence of opposing views, with decisions determined through votes and not violence. The spectrum of desired outcomes ranges from consensus at one extreme to alternating political power between ideological competitors at the other, with negotiated settlements among opposing interests somewhere in the middle.

In the postwar era, however, political debates in Western democracies have for the most part taken place within a field implicitly bounded by the historical memory of World War II and the carnage of the 20th century in Europe. These debates have been dominated by competing policy agendas, particularly on economic issues such as industrial policy, redistributive policy and trade policy.

Beginning in the late Cold War period and accelerating after the fall of the Soviet Union, debates over the size and purview of the state began to take on added prominence.

In practice, too, most competitive electoral contests have increasingly been decided not by the committed partisan faithful on the left and right, but by uncommitted or undecided voters in the middle of the political spectrum. The result has been an emphasis on moderation that favored consensus on the broad lines of policy, with negotiated settlements and the alternation of power reduced to minor technocratic adjustments around the margins. This rough consensus took the nominal form of a social democracy, but one characterized by more stark, technocratically imposed limits: limited income redistribution to fund limited social welfare protections in an economic environment of limited regulation and limited barriers to international trade.

Many of the most surprising political shockwaves of the past decade have been a result of either the failure of this technocratic consensus or the resulting backlash against it. The global financial crisis and subsequent European debt crisis fit into the former category, and the rise of populism, nationalism and nativism across Europe and the United States in the latter.

Brexit and the election of Donald Trump in the United States are the high-profile expressions of this backlash, but it is these underlying trends that pose a particular challenge for liberal democracy. The dividing lines in political debates are being drawn more around issues of culture, society and identity, rather than policy. Often, these are issues for which no clear consensus can emerge, given the maximalist and mutually exclusive objectives of the opposing sides. At its heart, the debate is no longer about what the governments of the United States and Europe should do, but what kind of nations these countries should be.

The current backlash has opened the floodgates not just to popular antagonism toward liberal democracy, but to elite critiques of it as well.

A recent dispute among American religious conservatives illustrates the degree to which the terms of the debate have shifted in recent years. While the so-called religious right has been a vocal political force on social issues in the U.S. since at least the time of Ronald Reagan, they were also long seen as the Republican Party’s dupes: Despite serving faithfully as the electoral foot soldiers needed to advance the GOP’s business-friendly agenda, their social and cultural priorities perennially took a back seat once the GOP was comfortably installed in power.

Now, a cadre of these religious conservatives is calling for a radical rethink of their relationship not just to the Republican Party, but to politics in general. The result is an increasing willingness to criticize liberal democracy as a fundamentally flawed instrument for achieving their ends—a remoralized society based on their Christian values that explicitly calls into question the advances made by social progressives on issues like marriage equality and the social mores around sex and marriage.

In the United States and Europe, the reemergence of nativist nationalism as a political force raises similar challenges. Who belongs to a polity and who doesn’t, and identity claims in general, are questions that are ill-suited to the political arena, in part because there is no political answer to them, but also because they inflame passions that politics tends to exacerbate rather than calm. It is no coincidence that the European politicians who champion nativist nationalism, like Hungary’s Viktor Orban and Poland’s Jaroslaw Kaczynski, are also vocally hostile to liberal democracy and, for that matter, base part of their political appeal on conservative Christian values and identity.

For three generations, the maximalist expression of these issues has been relegated to the political margins, almost exclusively on the far right. Mainstream political leaders in the U.S. and Europe have at times opportunistically resorted to veiled references to them through political dog whistles, but most tended to steer clear of them as central organizing principles for their platforms.

The reason was on display last week, at the 75th anniversary commemoration of the D-Day landings. The historical memory of World War II has served as a visceral reminder of what can happen when political pluralism fails. It also reinforced the legitimacy claims of liberal democracy as the most effective firewall against a repeat of the 20th century’s darkest chapters. But with the passage of time, memories fade. One result is the hyper partisanship on display in the U.S., and the zero-sum and bellicose rhetoric used to describe political “enemies” on both sides of the Atlantic.

Much of liberal democracy’s hagiography glossed over some its anti-democratic structural elements designed to keep populists marginalized, but which also facilitated the emergence of the elite consensus that so casually overlooked the impact of globalization on society’s less affluent classes.

Meanwhile, as liberal democracy’s champions continue to fight a rearguard battle on policy issues, much of the real action has moved to social issues for which there is no compromise in sight. One side is arguing over what governments should do, while the other is arguing over what Western nations should be.

It is hard to see how the political arena of liberal democracy might effectively resolve such a standoff, or survive its failure to do so.