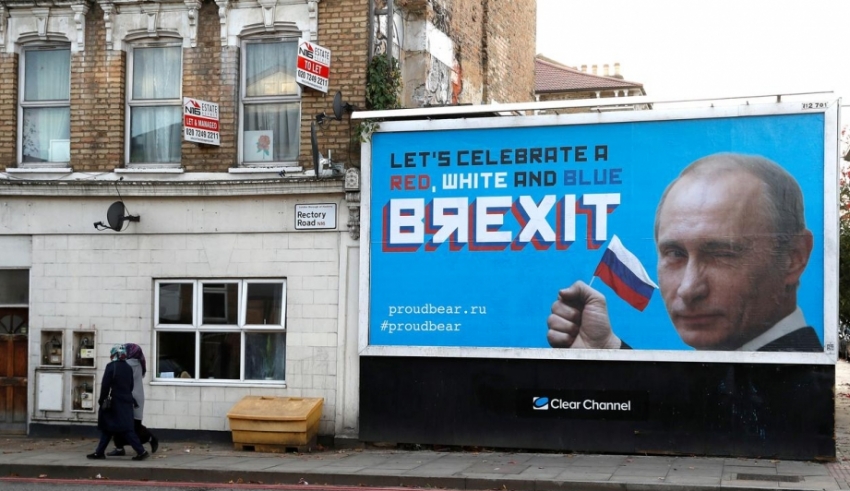 While broadly perceived as a blow to the EU and its values, Brexit will actually benefit a future democratic Russia. Britain’s exit will create a new model of Europeanness, in which a country can strive to achieve European standards without EU membership. That is a niche Russia can fill.

On February 1, Britain began a new national chapter outside the European Union. Yet geography, history, and economics dictate that the United Kingdom cannot “leave Europe.” Perhaps this experience will hold a lesson for Russia.

Anglo-Russian relations have not benefited from the UK’s distancing itself from the EU. Former British prime minister David Cameron and the English-language media on both sides of the Atlantic have claimed that Russian President Vladimir Putin helped to sponsor the Leave victory in the Brexit referendum of 2016. But if Putin was indeed somehow involved, he has no doubt long come to regret it.

Even before the poisoning of ex-spy Sergei Skripal and his daughter in 2018, the current British government was as anti-Russia as they come. Two years ago, then British foreign secretary Boris Johnson—now the country’s prime minister—called for protests outside the Russian Embassy over Moscow’s bombing of Aleppo. And the newest iteration of the Anglo-American alliance has also demonstrated its ability to successfully assemble an anti-Russia coalition.

Even the Kremlin’s opponents inside Russia, who present themselves as more European than Europe itself, expect nothing positive to come from the UK nowadays. But they are mistaken. Brexit will actually benefit a freer, more democratic Russia, should such a country ever emerge.

The UK’s exit will split Europe into EU and non-EU camps, creating and legitimizing a niche that Russia may eventually fill. Now Europe will not be synonymous with the European Union. Countries outside the EU can no longer be automatically viewed as second-class states expected to eventually join the alliance or be relegated to backwardness. And Russia can potentially be like the UK: European, but outside the union.

Before Brexit, the EU was de facto viewed as uniting the best of Europe. Once the union incorporated the most developed part of Europe and then began gradually integrating the less developed part, it stopped being a purely economic or even political entity. Rather, it became an ethical concept, a message, and a synonym for everything European.

It boasted the best economies, political parties, media, courts, and, of course, moral values. Since the most affluent and developed states united under the EU banner, those left out made joining this beacon of good their primary goal.

As a result, Europe was divided again, but this time the fault line lay between its first- and second-class inhabitants. The EU states represented Europe, while the rest of the countries remained in transition.

An Eastern European country had only one option: negotiate its accession to the EU and eventually join. But first the prospective member had to improve its economy, courts, political parties, and values. Accepted wisdom held that progress in Eastern Europe was impossible without membership. EU integration overshadowed all other development goals, and politicians saw it as an unbeatable political platform.

But this arrangement had a downside for Russia and a few other states: it made it impossible to achieve European standards without EU membership. Russia is too large and populous to join the EU without harming it. Moreover, some newer EU members don’t want Russia there—even without the Putin regime. Russia would become the largest member, which is unfathomable. However, Russia is also too European to be excluded from Europe’s political and cultural borders. That approach didn’t even work with Turkey.

This construct excluded Russia from prestigious, first-class Europe and left the country in an unstable position, breeding discontent. At the same time, it steered Russia’s intellectual elite in the wrong direction: they saw Russia’s European integration as a precondition for positive change.

Brexit will help correct that. The UK introduced its legal norms, politics, culture, and economy to the European Economic Community after it joined in the 1970s. And it will not abandon those values now that it has left the EU. The UK is still committed to an independent judiciary, economic freedoms, and tolerance for minorities. These are not values imposed by the EU; they are inherently British.

Paradoxically, as the UK abandons the European project, some of the remaining members are left to deal with their corrupt politics, imperfect elections, intolerance, and lack of economic and press freedom. Countries with weak institutions and democratic values are poised to join, while the UK, which is doing much better in both respects, is set to leave. That creates a situation in which countries can share the same values without necessarily belonging to the organization.

This new reality doesn’t just benefit Russia. It’s also good for other states east of the EU borders: Ukraine, Belarus, the Caucasus countries, Turkey, and Moldova. These countries occasionally produce political forces with pro-European platforms, but they often turn out to be just as corrupt and incompetent as “non-European” forces when they come to power.

This poses a problem for the EU. In any political conflict, the Europeans cannot help but support forces that declare joining the EU as their ultimate goal. But if eventual EU membership stops being the main criterion for determining whom to support in a given country, it may be possible to foster genuine Europeanization beyond the EU’s borders.

Long before Brexit, the EU recognized the high quality of political institutions in non-European countries like Canada, Australia, Japan, and South Korea. No one thought of asking them to join the union to confirm their standing. Now we will have such a country in Europe itself, meaning it’s possible to be a first-class European state without belonging to the EU.

Obviously, this does not mean Russia has achieved European standards yet. Rather, Brexit simply creates a new framework that allows Russia to potentially reach them without joining any alliances.

The fact that Russia as a whole—not just the Putin regime—will benefit from Brexit is also important. It highlights one of the main problems of European security when compared with, say, East Asia.

Unlike the Europeans, the Asian states don’t perceive Russia as their main security threat and don’t try to contain it more than any other actor. And despite mutual disagreements and historical baggage, Russia isn’t hostile to its neighbors and doesn’t have the same pointed reaction to the presence of American troops in Asia as it does in Europe.

The North Korean factor isn’t the only reason for this difference. Asia simply hasn’t adopted the European bipolar construct that automatically divides all actors into partners or adversaries. This totally changes how Russia and the United States interact there. True, tensions exist in the region, but they don’t run along Russian borders, and that forces actors to cooperate.

Of course, the UK remains a NATO member and treats Russia as being outside Europe more than almost any other European power. But the very existence of an alternate model of Europeanness gives Russia and other countries like it a new space in Europe.

Post-Brexit Europe will not be a place where “backwards” Eastern European countries act as an alternative to the EU. Instead, the UK—which voluntarily chose to leave the EU and independently develop its strong political, legal, and economic culture—is the alternative.

Russia and other countries with few prospects of joining the EU (for example, Turkey and even Ukraine) are no longer doomed to wait at the EU’s gates. They now find themselves in a new version of Europe, where striving for European standards doesn’t automatically imply EU membership.