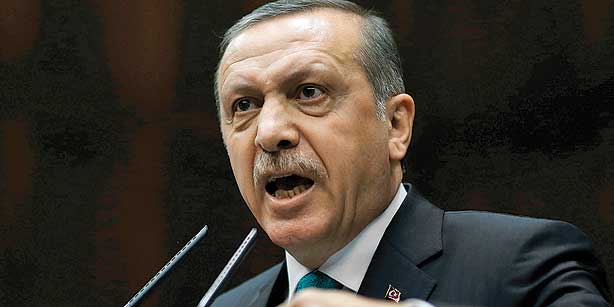 In a setback to President Erdogan, although his coalition took most votes nationally in Sunday’s local elections, early results suggested it had lost in a number of key cities, including the capital, Ankara, and the largest city in the country, Istanbul.

Turkish voters in major urban areas appeared to have dealt a serious blow to President Recep Tayyip and his Justice and Development Party, AKP, in local elections held on Sunday.

While Erdogan’s coalition came first in the elections nationally, early results suggested that the AKP and its partners had lost in key cities, including Ankara, Istanbul, Adana and Antalya.

The National Alliance coalition, formed by the opposition Republican People’s Party, CHP, and the Good Party received 37.53 per cent. The pro-Kurdish People’s Democratic Party, HDP, won 4.22 per cent. Other parties received 6.58 per cent.

At a time of economic turbulence, the local elections were seen as an important test of Erdogan’s popularity. The President himself had defined the polls as “a matter of survival” several times.

The results were disputed in Istanbul on Monday morning after both the AKP candidate, former prime minister Binali Yıldırım, and Ekrem Imamoglu, from the main opposition CHP, declared victory.

As Imamoglu took the lead in the count, the state-run Anadolu news agency stopped updating the data for Istanbul.

Later on Monday morning, the head of the Supreme Election Council, Sadi Guven, said Imamoglu was ahead by 29,000 votes.

“I do not know where Anadolu Agency takes its results from but according to my data Imamoglu is ahead,” Guven told a press conference.

In several towns and cities, the winners won by only a few dozen or a few hundred votes.

While Erdogan’s party won some small eastern and southeastern cities, the AKP and its main ally, the Nationalist Movement Party, MHP, lost most major cities where the economy and industry are based to the CHP. The opposition also held on to the third largest city, Izmir.

Serbian President Aleksandar Vucic, who has warm relations with the Turkish strongman, was the first regional leader to congratulate Erdogan even before the preliminary results were released.

Albania’s Prime Minister, Edi Rama, the Chairman of the Bosnian Presidency, Milorad Dodik, and the head of the main Bosniak party in Bosnia, the SDA, Bakir Izetbegovic, followed suit.