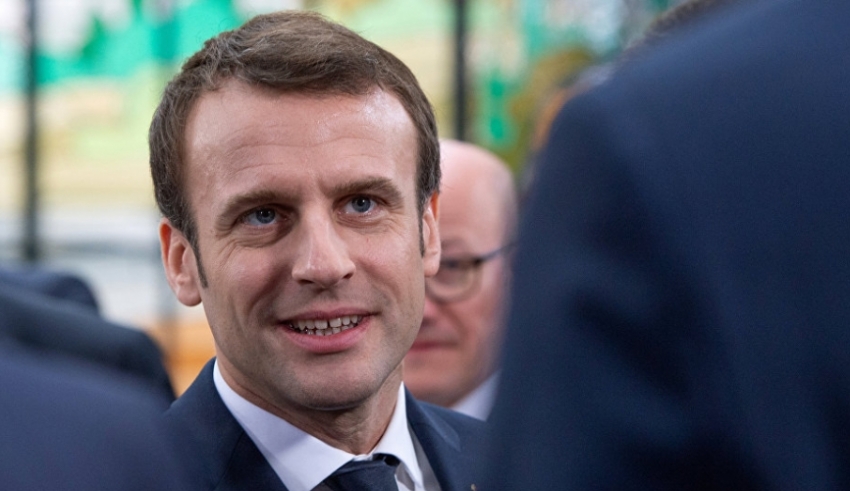 The concentration of pro-Russia gestures in the Western Balkans cement the impression that a major expansion of the Kremlin’s influence in the region is in the cards. But there’s another possible reading of the fallout from Macron’s high-handed behavior.

French President Emmanuel Macron is being widely pilloried for his recent snub of the Balkans by vetoing the start of European Union (EU) accession talks for Albania and North Macedonia.

Many observers are warning that Russia will reap the benefits, as the countries of the Western Balkans feel shut out by the West after having completed a substantial part of what was asked of them. These fears are being heightened by conspicuous moves by local elites to cozy up to the Kremlin. The Kremlin is stepping into the vacuum, offering lucrative arms deals and issuing invitations to high-profile summits.

The speed of Moscow’s reaction to the French veto seems ominous. Within days, Russia had held joint military exercises with Serbia and invited Serbian President Alexander Vucic to inspect its S-400 missile system. As Vucic touted the merits of Russian weaponry in front of the cameras, Serbian media reveled in a leak suggesting that Serbia was contemplating buying the system.

Belgrade only bothered to refute that rumor after U.S. officials threatened to impose sanctions if it went ahead and purchased the missiles.

Meanwhile, Russian Prime Minister Dmitry Medvedev first held talks in Belgrade and then welcomed his Serbian counterpart Ana Brnabic to Moscow for the announcement of a free trade deal between Serbia and the Moscow-dominated Eurasian Economic Union. That makes Serbia one of the first countries to sign such an agreement.

Even a recent dustup involving an alleged Russian spy passing bags of cash to a Serbian security official has not derailed the growing Russia-Serbia affinity. Unidentified sources posted footage on YouTube of the Serbian official accepting packages from a Russian embassy official identified as Georgy Kleban, who was reportedly a Russian military intelligence (GRU) officer previously assigned to the Russian embassy in Belgrade.

Nor is the uptick in pro-Russian activity confined to Serbia, Moscow’s long-standing ally in the region. The leadership of North Macedonia, once known for its strongly pro-Western outlook, has decided to reconsider its ties with Russia in the wake of the French veto.

Just two years ago, the country’s prime minister Zoran Zaev insinuated that Russia may plot to overthrow him. In November, he inaugurated a Russian-Macedonian economic forum with great fanfare and touted the prospects of economic cooperation with Moscow.

In a similar turnaround, North Macedonian President Stevo Pendarovski, who was elected in spring 2019 on an anti-Russian platform, recently accepted the Kremlin’s invitation to attend the annual World War II Victory Day parade on Red Square next May.

The sheer number and concentration of pro-Russia gestures in the Western Balkans cement the impression that a major expansion of the Kremlin’s influence in the region is in the cards. But there’s another possible reading of the fallout from Macron’s high-handed behavior. Time and again, we’ve seen the Balkan countries use such maneuvers to squeeze concessions from the West by leveraging ties with Russia.

A closer look at events in Serbia reveals that the French veto has not exactly disrupted the country’s traditional balancing act between Russia and the West. Serbia holds military drills with Russia on a biannual basis, but that is far less frequent than its cooperation with NATO countries. Extensive media coverage of Russian-Serbian drills is a byproduct of NATO’s continued unpopularity with the Serbian public following the anti-Milosevic bombing campaign in 1999.

Vucic’s talk of acquiring Russian S-400s was also driven by the quest for favorable coverage in domestic media. At precisely the same moment, Serbia was adopting a new Individual Partnership Action Plan with NATO. That is the kind of move that could have cost Vucic a major loss of public support in Serbian society. Instead, the news of deepening cooperation with NATO was overshadowed by rumors about buying the S-400s, which proved to be mere wishful thinking.

In the same vein, the free trade deal with the Eurasian Economic Union made a big splash in the media but will change little on the ground. The terms of the deal largely duplicate a free trade agreement Serbia has had with Russia since 2000. Admittedly, the deal adds two more states—Armenia and Kyrgyzstan—to the free trade area, but Serbia’s economic ties with them are virtually nonexistent. Serbian trade with the Eurasian Economic Union is dwarfed by that with the EU, falling behind by a factor of ten.

Vucic’s frequent meetings with Putin hardly disguise the fact that their dialogue is largely devoid of any substance. The meeting in early December was no exception. The two leaders recited the shortlist of cooperation areas, which has seen little change over the decade: gas transit, railway modernization, the Kosovo conflict. The ostensibly congenial tone of the meeting concealed the Kremlin’s growing suspicion that Vucic had leaked the footage of the Russian agent bribing the Serbian official to the media to endear himself to the West and to make up for the outrage stoked by the S-400 rumors.

North Macedonia’s attempts to mend ties with Russia are even less promising. The Kremlin deeply mistrusts the current Macedonian leadership, which it believes was brought to power by a color revolution engineered by the West. Moreover, both Prime Minister Zaev and President Pendarovski won the elections on a pro-European ticket. They are unlikely to be able to outperform their nationalist opponents from the VMRO-DPMNE party if they compete on the pro-Russian field.

All of this suggests that the current flurry of pro-Russian activity in the Western Balkans is clearly driven by local demand rather than by a more proactive or effective Russian strategy in the region.

Balkan leaders believe that getting closer to Moscow is the easiest way to make the West less demanding in the negotiations on joining the EU. The Kremlin is eager to play along to bolster its international clout but is reluctant to switch from its current reactive posture to a more proactive approach to the region.

For Russia, the Western Balkans are still just one of several playgrounds within its badly deteriorated relationships with the EU and the United States. Keeping the region in limbo and out of NATO/the EU helps distract the West from similar pursuits in parts of the former Soviet Union where the stakes for Russia are infinitely higher.

With Macron turning his sights on engineering a reset with Moscow, the Kremlin is unlikely to jeopardize such favorable dynamics by making disruptive moves in the Western Balkans, a region where Russia ultimately has limited interests at best.