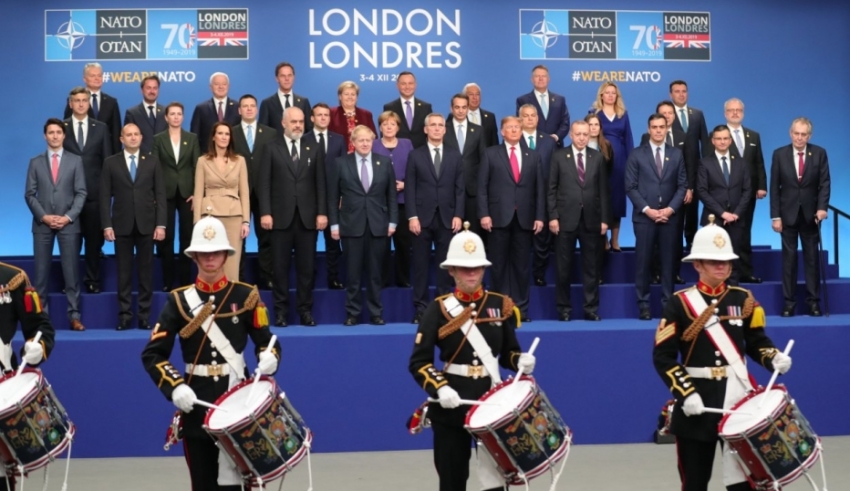 NATO leaders have fundamentally different views about terrorism, Russia, and European security. Dealing with these challenges will determine the alliance’s future direction.

It could have ended in acrimony and theatrical outbursts. As it turned out, a summit of NATO leaders outside London on December 3–4 did expose major differences inside the alliance. But it was open and sorely needed. And most of the disputes were between the Europeans, not between Europe and the United States.

The uncharacteristically short and focused London Declaration papered over these cracks. But they are all there, plain to see. The main protagonists, U.S. President Donald Trump, French President Emmanuel Macron, Turkish President Recep Tayyip Erdoğan, and German Chancellor Angela Merkel, each came with their own agenda.

For Trump, it was, as ever, about money. He can now tell his supporters back home that his criticism of NATO—that it’s obsolete and that it consists of free-riders that take America’s security guarantee for granted—has paid off. The defense spending of allies, excluding the United States, has jumped by $130 billion over the past five years. The increase is not entirely due to Trump’s cajoling; NATO started spending more after Russia invaded eastern Ukraine in 2014 and illegally annexed Crimea. And while Trump took a metaphorical stab at Canadian Prime Minister Justin Trudeau for not coughing up enough money and told off Macron for insulting NATO by calling it brain-dead, the leaders got off lightly. “In large part, Trump stuck to his speaking notes, especially during the closed session,” a NATO diplomat told Carnegie Europe.

Erdoğan and Macron hold very different views about the terrorist threat. The Turkish president wanted NATO leaders to agree that the Kurdish People’s Protection Units (YPG), fighting the so-called Islamic State in Syria, is a terrorist movement with close links to the Kurdistan Workers’ Party and so should be recognized as such. At one stage before the summit, Turkey threatened to block further plans for boosting defenses in the Baltic region against Russia.

Jens Stoltenberg, NATO’s secretary general, managed to find a compromise in the declaration: “We, as an Alliance, are facing distinct threats and challenges emanating from all strategic directions. . . . We stand firm in our commitment to the fight against terrorism.” That bought some time for Stoltenberg and Erdoğan.

Macron’s perception of threats comes from France’s long experience in dealing with terrorism, for instance in the Sahel where thirteen French soldiers serving in Mali were recently killed in a helicopter accident during combat. For Macron, defeating the Islamic State is one of his main priorities. And he wants the Europeans to help.

His goal hasn’t been helped by Trump’s decision to pull out American troops from Syria, which in turn denied the YPG militias support and dealt a blow in defeating the Islamic State. With Erdoğan determined to defeat the YPG, Macron fears this policy will distract from the main strategic goal of ending the Islamic State’s role in Syria and further afield.

Just as France and Turkey have different perceptions about the terrorist threats facing their countries, other alliance members, such as Poland and the Baltic States—and Germany—see Russia as the major threat.

The declaration didn’t mince its words over Russia. “Russia’s aggressive actions constitute a threat to Euro-Atlantic security,” it stated. Macron has a different view. For him, Europe’s security depends on forging a relationship with Russia, despite the fact that Europe’s security has been threatened by Russia’s military involvement in Ukraine, not to mention its heavy military role in Syria.

Macron’s wish for Europe to “reset” relations with Russia is not one that is shared by Merkel. Similar to the Baltic States and Poland, she has no illusions about Russian President Vladimir Putin’s determination to divide Europe, weaken NATO, and silence the regime’s opponents. Indeed, on December 4, Germany expelled two Russian diplomats.

In an unusually blunt statement for the German foreign ministry, which is sometimes ambiguous about Russia, it declared: “With this step, the Federal Government is responding to the fact that, despite repeated high-level and urgent demands, the Russian authorities have not cooperated sufficiently in the investigations into the murder of Tornike K. at the Tiergarten in Berlin on August 23, 2019.” It added: “The Russian side has, as in the previous months, treated the Federal Government’s calls to support the investigation in a dilatory fashion.”

The different perceptions of terrorism and Russia feed into the third issue affecting NATO’s European allies:

How should it defend itself in the future?

Macron believes that Europe should be prepared for a time when the United States weakens its commitment to NATO. Whether it does or it doesn’t, Macron wants some answers as to how Europe can think and act strategically.

In response to his unforgettable remark that NATO was brain-dead, NATO leaders agreed “a forward-looking reflection process . . . to further strengthen NATO’s political dimension including consultation.” That process will be led by Stoltenberg.

Dodging these big three unresolved issues is no longer an option.