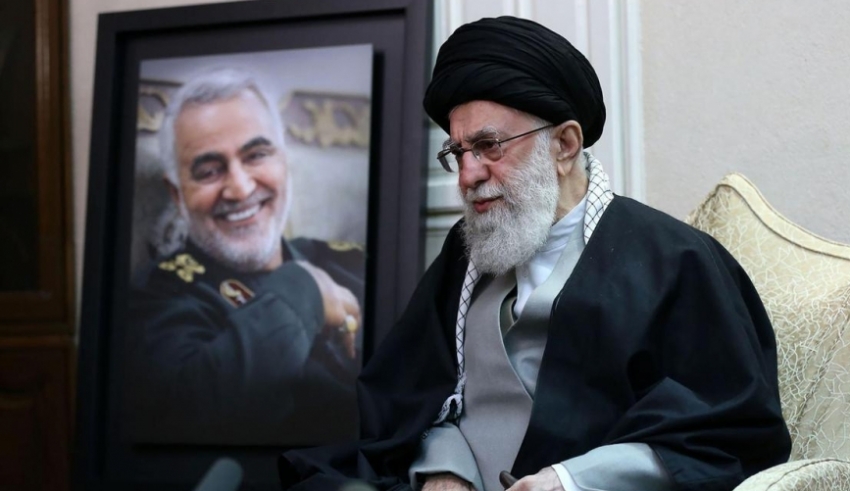 If Syria becomes the setting for a clash between Washington and Tehran, this could be a major problem for Moscow. Until now—and not without Soleimani’s help—Moscow had always managed to find a compromise with the pro-Iran forces in Syria. It’s not clear how the situation will develop now.

The new year began with two events that could have a big impact on Moscow’s Middle East policy. The first was the assassination of the Iranian general Qasem Soleimani in Baghdad in a U.S drone strike on January 3. The second is the sending of Turkish troops to Libya. It is getting increasingly difficult for Russia to maintain the balance of power between its partners in the Middle East, but Moscow has no intention of losing its hard-won reputation as the key power-broker in the region.

It is widely believed that it was Soleimani who convinced the Russian leadership to launch its military campaign in Syria in 2015, by pointing out the potential threats of taking no action, as well as the bonuses that would result from intervention. In any case, ties were highly developed between the Russian military and Soleimani. The Iranian general was responsible for coordinating all the pro-Iran forces in Syria.

Following the general’s death, Russia’s Foreign Ministry spoke of “serious consequences for regional peace and stability” and of “the blatant violation of international law.”

The Defense Ministry noted that the general was a “skillful military leader who commanded deserved authority and significant influence throughout the Middle East,” and said that his personal contribution to the battle against Islamic State in Syria was “indisputable.” As for the consequences of his death, “the United States is on track for a drastic escalation of the military and political situation in the Middle East,” the ministry added.

If Syria becomes the setting for a clash between Washington and Tehran, it could be a major problem for Moscow. The pro-Iran groups in Syria are an important part of Syrian President Bashar al-Assad’s attack power and work in coordination with Russia to return and then help to retain territories under the control of Damascus. Without Iranian support, it would be hard for Russia to take action on the ground.

The interests of Moscow and Tehran in Syria don’t always coincide. Russians believe that strong Iranian support makes Damascus more intractable in political negotiations, which in turn stands in the way of Russia’s vision of a settlement to the Syrian conflict. Until now, however—and not without Soleimani’s help—Moscow had always managed to find a compromise with the pro-Iran forces.

The flare-up over Iran has also come at a time when Russia and Turkey could divide war-torn Libya into areas of influence, just as they did previously with Syria.

At the end of last year, Turkish President Recep Tayyip Erdogan repeated Western accusations that Moscow was actively helping the self-styled Libyan National Army led by General Khalifa Haftar, which controls the east of the country, via the presence in Libya of hundreds of mercenaries from Wagner, a private Russian military company. Erdogan, who backs the UN-recognized Government of National Accord headed by Fayez al-Sarraj in Tripoli, cited this as a reason to send Turkish troops to help his ally.

Russia’s reacted calmly to Ankara’s demarche. Turkey does not mind sharing control of Libya with Russia, while Moscow has proven itself to be more flexible in its relations with Turkey than the United States was, and has profited accordingly. By contrast, Washington strongly criticized the decision to send Turkish troops to Libya, lumping together the arrival of “Syrian fighters backed by Turkey and the deployment of Russian mercenaries there.”

The Russian and Turkish presidents will discuss the situation in Libya, Syria, and Iraq when they meet in Istanbul on January 8. Moscow has already tried and tested its alliance with Ankara, so it’s unlikely that the two countries will resist the temptation to share the Libya burden.

The downside to Russia’s new assertiveness in the Middle East is that it has become a hostage to its strongman reputation. Moscow is now expected to intervene in virtually all regional conflicts and local leaders were expecting it to reprise its Syria policy in Libya.

While Russia is for now happy to share the Middle East with Turkey, its rivalry with the United States is likely only to grow. The threat of a new civil war in Iraq is very real, and Trump is only exacerbating the situation with his threat of sanctions against the Iraqi government.

Moscow has already described Trump’s threats as a “lesson for Baghdad,” and called on other U.S. allies in the Middle East to reconsider their partnership with Washington. There is a precedent here: in 2014, when Baghdad was faced with the threat of the Islamic State, the United States wavered for a long time over whether to provide military assistance to the Iraqis. In the end, Iraq chose military cooperation with Russia instead.

Other countries in the region are following Iraq’s lead and diversifying their foreign relations, choosing new partners for military and technological cooperation. For now, the monarchies of the Gulf, where the main U.S. bases in the region are located, are still firmly committed to the United States.

But Trump’s lashing out at the government in Iraq, which was until recently loyal to Washington, might persuade other Middle Eastern countries to strengthen their relationship with Russia. The question is whether Moscow is ready: not only to catch the wave but also to invest major resources and effort in developing a long-term policy for the Middle East.