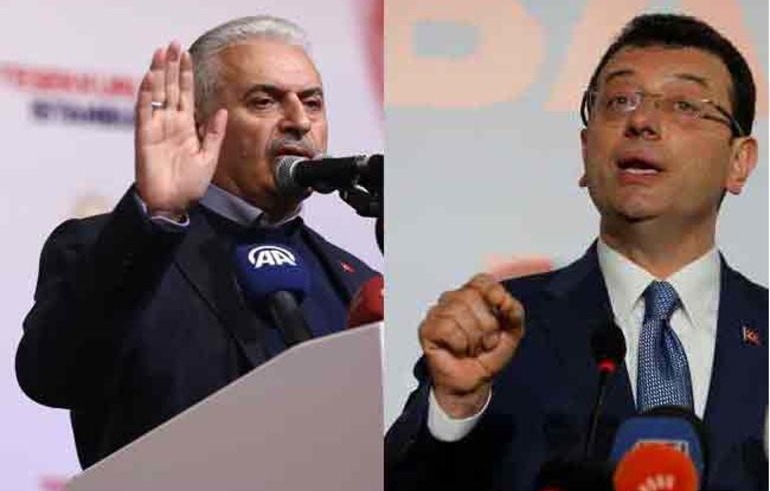 The candidate of the main opposition Republican People’s Party (CHP) in Turkey’s largest city Istanbul is ahead in the vote count against the candidate of President Tayyip Erdogan’s AKP, the head of the country’s High Election Board said on April 1.

Earlier, two main rivals in the closely contested election for Istanbul Metropolitan Mayorship both have claimed to be the winner of the breathtaking race on March 31.

İmamoglu, speaking in Istanbul, said according to the election council 99.74 percent of the votes have been tallied, while results from 82 ballot boxes have not.

İmamoglu also pledged that he will serve all 16 million Istanbulites equally, without discrimination.

But speaking on April 1, Yıldırım told reporters that invalid votes outnumber the vote difference tenfold, adding that his rival currently seems to have 25,000 more votes.

“There are 31,136 ballot boxes. If one vote is filled in incorrectly in each ballot box, this equals 31,136 votes, which is more than the difference.”

He also thanked all Istanbulites and stressed that Turkey’s Supreme Election Council (YSK) will have the final say.