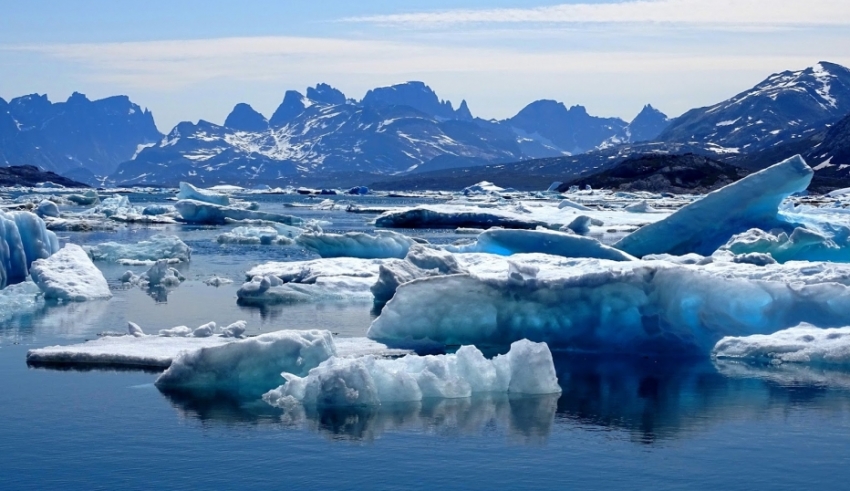 We take a look at several new video reports that look at this latest ‘pole shift warning’ as well as a new video which studies the controversial ‘crust displacement theory’ of Charles Hapgood which dates back to 1958. Hapgood’s theory is one ‘pole shift theory’ we’re sure we’ll never hear from the mainstream media or ‘modern science’.

Charles Hapgood’s discovery of our shifting planet is perhaps more profound. If his data is correct, we’ve got to face some unsettling facts about our Earth’s past and — and more importantly — our future.

“A pole shift would displace the Earth’s crust around the inner mantle…. Hapgood demonstrated his theory by documenting three Earth crust displacements in the last 100,000 years.

Looking down on the current North Pole, we can identify at least 3 previous positions of the pole according to Hapgood. These are shown roughly by the numbered red dots in the map on the right.

The Earth’s magnetic poles are well overdue for a ‘flip’ and while they also report that geomagnetic reversals only occur a few times every million years on average, certainly drastically reducing the chance that one will happen in most of our lifetimes, their story is another warning that we should all prepare ourselves for such a worst case scenario…just in case.

While clearly the odds of such a pole shift happening ‘on our watch’ are few and far between, some of the effects that would come along with such a reversal could have many other causes. So warnings that a reversal ‘could cause chaos in everything’ could also go along with a massive and destructive solar flare and severe space weather.

The original story over at Science Alert reports that we’re totally unprepared here for a pole reversal and that things were much different here on our planet Earth the last time one came around. With most Americans now completely dependent upon the grid, we’re told that the full impact of a pole reversal today cannot be known through some studies have attempted to link past pole reversals with mass extinctions.

The impact of a major storm on today’s electronic infrastructure is not fully known.

Of course any time spent without electricity, heating, air conditioning, GPS or internet would have a major impact; widespread blackouts could result in economic disruption measuring in tens of billions of US dollars a day.

In terms of life on Earth and the direct impact of a reversal on our species we cannot definitively predict what will happen as modern humans did not exist at the time of the last full reversal.

Several studies have tried to link past reversals with mass extinctions – suggesting some reversals and episodes of extended volcanism could be driven by a common cause.