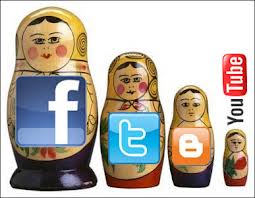 Social moods are shifting in Russia, opening up new, exciting opportunities for a reset by the EU in people-to-people contacts. Brussels must not miss this moment.

Underreported in the West, Russia is inching toward a new social awakening. Putin’s famed social contract is collapsing, trust in the president recently reached a thirteen-year low, and nearly half the population sees the country as heading in the wrong direction. Trust in the official state media is also sinking, and a growing number of Russians say they feel a personal responsibility for progress in their country. Even anti-EU attitudes are slowly receding, with the share of Russians who hold a positive view of the EU now at the highest since the annexation of Crimea in 2014.

This wave of discontent is providing a new role and momentum for Russia’s civil society. Protests over social issues and civic activism are on the rise, as Russians increasingly mobilize on issues such as pensions, the environment, healthcare, and education. A fresh and tech-savvy activism is taking the lead, presenting new opportunities for European donors to support change and development in Russia.

The catalyst to this momentum has been the subtle but important change in attitudes of Russians over the past year.

A study last May showed an overwhelming 94 percent of Russians saying they no longer rely on the state for any help. Only 7 percent of those polled expressed support for a strong leader, and 80 percent prefer social justice over order—a significant shift since the 1990s. A follow-up survey conducted in October and November 2018 showed that a majority of Russians now clearly favors change over stability and the rule of law over social justice. Crucially, 63 percent also signaled a new appetite for “self-expression” and personal responsibility, such as contributing to charities, volunteering, or social movements.

As so often, it is within civil society that these shifts show themselves most clearly. After thirteen years of political pressure, legal persecution, defamation, and loss of foreign funding, Russian civil society is stronger than anyone could have anticipated. Civic groups have responded to repression with an impressive mix of resilience and innovation. Many initiatives successfully experiment with new ways of working and generating income sustainably. Today’s activists also cooperate with designers, PR experts, IT specialists, and artists, or develop their own media and information platforms to reach new audiences. This new “fusion activism” is often attracting wider audiences than traditional NGOs could ever dream of.

Already, new formats are reaching new and younger segments of Russian society, helping to change social norms in the country. An interactive film challenging HIV stereotypes— an incredibly taboo topic in Russia—has reached more than 500,000 viewers last year. Team 29, a group of lawyers and journalists, reaches hundreds of thousands of people, including many young people; its innovative digital handbooks and online games offer advice on how to behave during civic protests and detentions. Media Zona, a news portal set up by members of the Pussy Riot group, reaches more than a million users every month with detailed reporting on court trials, prison conditions, and torture.

More than anything, recent successes in public fundraising underline this new trend. Takie Dela, a foundation with a goal to develop a charity network in Russia, for example, attracted more than 520,000 online donations last year with its mix of in-depth reporting and direct support for some 150 charity projects across Russia. Last year, fundraising campaigns by the NGO Transparency International and the liberal-leaning New Times magazine showed that Russians are ready to donate beyond “soft” social issues. The New Times crowd funded its 22 million ruble fine ($329,000), aimed at shutting the outlet down, in just four days, showing that a new connective tissue is growing between ordinary Russians and independent groups.

For the EU, these developments are more than encouraging. As anti-Western—or, at least, anti-European—feeling in the population eases, and with two thirds of Russians ready to make their “personal contribution” to their country’s development, a host of new options are on the table that the EU cannot afford to waste.

It is crucial that European decisionmakers seize the opportunity. True, today’s activists in Russia rarely refer to fundamental freedoms, declarations, or international mechanisms. Instead, they focus on accessible, smart, and visual campaigns that humanize issues and speak to people in language that evokes empathy and understanding. But underneath they fight for the very values the EU stands for: equality, justice, freedom, transparency, and fairness.

The EU needs to acknowledge these new realities in Russian society, and fast.

After the withdrawal of most U.S. foundations from Russia, the EU and its member states are now leading donors in the country. EU funding has been hovering around €7 million annually. So far, no substantial increase is planned in the next funding cycle starting in 2021. Yet the shifting moods in Russian society are an opportunity to fulfil Europe’s own guiding principles on relations with Russia, especially the pledge to support civil society and promote people-to-people contacts. This is about the EU adapting to today’s Russia—and connecting to those who work for development and reform.

Many Russian activists are not just looking for direct support and funding. They want to plug into new networks and share their know-how and experience. They should be offered a range of instruments which are as innovative, dynamic, and stimulating as they can be. For example, formats should become small, flexible, and easy to access. EU programs and funding should also be opened to informal movements, groups experimenting with for-profit models, and new independent media platforms. By including young Russians in programs open to Eastern Partnership countries, the EU can help to reconnect people-to-people ties across the post-Soviet region.

Nurturing the “other Russia” is the best the EU can do as the crackdown on independent activism and freedom of speech continues. The internet remains the prime target of restrictive legislation, with the regime even looking for Chinese advice. But if and when change comes to Russia, civil society and the independent media will be indispensable for progress and reform.