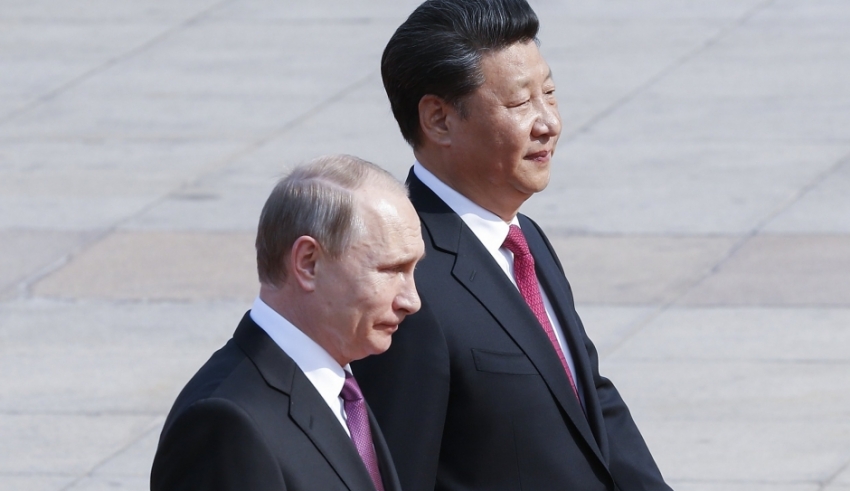 Natural gas started flowing from Russia to China for the first time on Dec. 2 when Russian President Vladimir Putin and China’s leader, Xi Jinping, officially launched the initial phase of a huge new pipeline known as the Power of Siberia.

Gazprom, Russia’s state-owned energy giant, claims it is expected to generate $400 billion in revenue—its largest export contract ever. The potentially lucrative pipeline also has clear geopolitical undertones, accelerating the strategic entente between the world’s second-largest gas producer and Asia’s biggest economy at a time when both Russia and China are pushing back against the global influence of the United States and its allies.

“This contract kick-started an unprecedented high-tech project in eastern Russia,” Putin said at an inauguration ceremony that he and Xi participated in via video link. Indeed, the Power of Siberia is an impressive feat of engineering. From the newly developed Chayanda gas field in the frigid northern Russian region of Yakutia, it stretches more than 2,200 kilometers (1,300 miles) southeast to the Chinese border, where it crosses beneath the Amur River to enter Heilongjiang province, in northeastern China. It passes through a variety of treacherous terrain, in extremely harsh conditions: Winter temperatures in Yakutia can reach 62 below zero Celsius.

When the agreement to build the pipeline was signed in Shanghai back in 2014, Russia was feeling the pinch of economic sanctions and diplomatic pressure from the United States and the European Union over its takeover of Crimea and support for separatists in eastern Ukraine. Tensions over those issues likely pushed Moscow to accelerate negotiations over gas exports with Beijing that had been dragging on for a decade. Until this month, all of Russia’s gas export pipelines ran westward to Europe—a good reason to diversify Gazprom’s customer base.

The second phase of the project, expected to be completed in 2022, involves the construction of another branch linking Chayanda with the giant Kovykta gas field, in eastern Siberia. On the Chinese side, a pipeline reaching another 3,300 kilometers (about 2,000 miles) south to Shanghai is in progress, slated for completion by 2024. The system is expected to reach its full capacity in 2025, at which point it will supply 38 billion cubic meters of gas to China annually—roughly a tenth of the country’s projected total demand. There is also talk of eventually building a second pipeline across the Mongolian steppes, bringing Russian natural gas straight into the core industrial regions of central and eastern China.

Some Kremlin critics have raised doubts over the Power of Siberia’s commercial value. It is anyone’s guess how much Gazprom is actually making from the project, as the whopping $400 billion revenue figure is just an estimate used mostly for public relations purposes.

The actual price formula used in Gazprom’s contract with the state-owned China National Petroleum Corporation is a closely guarded secret. According to some informed observers, China’s purchasing price is competitive—similar to what Germany pays—but Russian gas sold to Europe is more profitable because it relies on longstanding production facilities in western Siberia. Infrastructure for the pipeline to China, on the other hand, had to be built from scratch in a remote, inhospitable region.

The initial fixed costs of the project, estimated at $35 billion to $40 billion, will thus take many years to recoup.

Xi and Putin’s mutual embrace is a calculated geopolitical choice, motivated by their complicated relations with the U.S. and its allies.

Still, there is little doubt that the pipeline makes economic sense in the long term, as it allows Russia to gain a foothold in a rapidly growing energy market. China overtook Japan as the world’s top importer of natural gas last year, and there is a long runway for growth ahead, as Beijing transitions away from its longtime reliance on coal toward cleaner sources of energy. Gas currently accounts for less than 10 percent of China’s total energy consumption, well below the roughly 30 percent share in developed countries like the U.S.

The pipeline is also a big step in Russia’s accelerating geo-economic engagement with China. Until recently, the two countries had very little transportation or energy infrastructure along their 4,200-kilometer border, but that has changed in just the past decade. An oil pipeline that was built across the border in 2011 drastically increased Russia’s oil exports, allowing it to displace Saudi Arabia as China’s top supplier of crude several years later. Two new bridges across the Amur River, one for automobiles and the other for trains, are also nearing completion. They will be the first permanent cross-border bridges between Russia and China.

On the one hand, this deepening of economic ties is driven by the simple logic of global markets: China is hungry for natural resources and Russia is eager to meet that demand. But at the same time, Xi and Putin’s mutual embrace is a calculated geopolitical choice, motivated by their complicated relations with the U.S. and its allies. Russia, especially after the Ukraine crisis, needs China as a safer alternative to Western markets.

Meanwhile, China’s ongoing economic decoupling from the U.S., and the growing perception in Beijing that Washington is a major strategic adversary, is likely to increase its long-term interest in Russian commodities, especially energy and food. Russian supplies mostly enter China over land, and are therefore more secure in light of a possible trade embargo or even a naval blockade—options available to the U.S. and its allies should a serious conflict with China erupt.

Even as Moscow moves closer into Beijing’s orbit, it is determined to avoid a level of dependence that could endanger its political autonomy. In keeping with Russia’s general reluctance to accept Chinese loans, Gazprom declined to seek Chinese financing to build the Power of Siberia pipeline, in order to avoid debt traps and retain full control over the project. This stands in stark contrast to Turkmenistan, the other major provider of pipeline gas to China, which made a one-sided deal with Beijing in recent years.

More broadly, the glaring economic disparity between China and Russia will only continue to widen, meaning Russia could be on its way to becoming the junior partner in the relationship. However, economic asymmetry does not necessarily lead to political subordination.

After all, Russia has long been Europe’s resource appendage, while still punching above its weight in regional and global affairs. It may be able to repeat the same pattern vis-à-vis China.